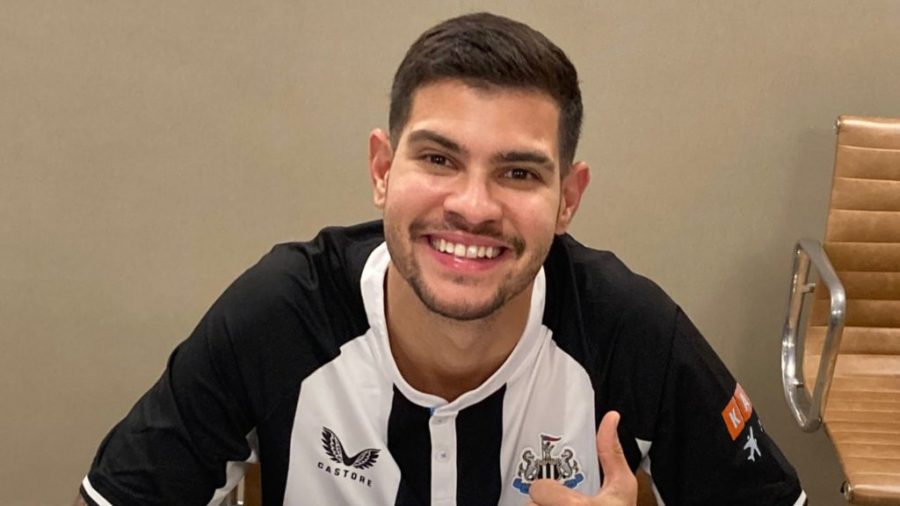 Newcastle have announced the signing of Lyon midfielder Bruno Guimaraes on a four-and-a half year deal.

The Magpies have been chasing the Brazilian for some time and there were plenty of twists and turns in the transfer saga. The likes of Juventus and Arsenal were both interested in Guimaraes before Newcastle were reported to have agreed a fee with Lyon somewhat out of the blue.

This was then vehemently denied by Lyon, yet a few days later the two parties did manage to hammer out an acceptable deal.

Now, his arrival has been confirmed by the club, who announced his signing via a statement posted on their website.

Manager Eddie Howe said: “Bruno is a hugely exciting talent and has been one of our primary targets so I’m delighted to secure him. He strengthens the group immediately ready for the challenge ahead.

“He has been one of the standout performers in France and is a full international for Brazil so I have no doubt our supporters will really enjoy watching him. We look forward to welcoming him to the club on his return from international duty.”

BETWIZAD understands Guimaraes is costing Newcastle an initial €42m with €10m in add-ons, which if met will make this a record transfer for the club.

He becomes the Magpies’ third recruit of the winter window, after Kieran Trippier and Chris Wood.